Basic channel overview for anyone new, or wants a channel refresher course

This is a basic orientation course for anyone who is new to the channel, has experience in some areas, but little in others or wants a refresher course.  Click “Enroll Now” to get started.  This course is FREE!

This course uses existing content found throughout the Chanimal website and will usually open the content in a separate window. It also contains links to material usually only available to registered users (some of it is also available within the Chanimal Store–but you will have access to it for free within the course).  It covers the following topics:

To complete the orientation course you must pass the final exam (so take notes and learn your material).  This should take about 4-6 hours to complete.  You will get a certificate that you can print when you have completed the material and passed the quizzes.

Who Should Take This Course?

Anyone that is new to channel management (channel sales, marketing or operations), has specialized in only one aspect of the channel (like reseller enablement but not recruiting, etc.), may want to see what they haven’t learned yet (including senior channel managers) or starts working for a distributor or company that sells to channel managers.

It also great for management (executive, general, or mid-level management who has anyone reporting into their organization that works with the channel) that has not worked in a company that has used a reseller channel–it will spin them up to speed and level-set them with the rest of the organization so “they have a clue.”  However, the tests are very detailed.

Executives who will not be creating or managing the channel may prefer to just watch the video, “How to Build a Reseller Channel” which is a great channel overview (with enough detail to see what is involved).

I’ve seen several new CEOs completely undo and destroy their companies by killing the channel (and I have also re-directed (“saved”) several other CEOs that were about to kill their reseller channel) because they thought they shouldn’t have resellers (when the real issue was that they needed to understand how it worked)).  In fact, one new president of a division of a $100+ billion company that was a friend called me and asked what I thought of “this channel thing.” Considering that over 80% of his revenue came from the channel–I recommended he not mess with it.

There is no cost for this course–except, I want your feedback so I can refine the process and material.

Click the Enroll Now button on the top to enroll and get started.

There is no cost for this course–except, I want your feedback so I can refine the process and material.  You are encouraged to enroll in the Certified Channel Manager course later (which has a LOT more material which is “integrated” (not linked all over)) when you specialize and are ready to go pro–but this basic orientation will get most folks on the path to Channel Management.

Click the Enroll Now button on the top to enroll and get started. 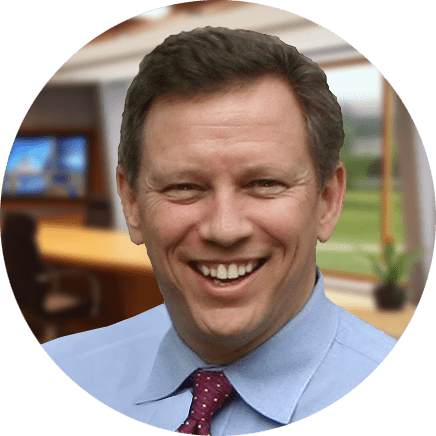 Ted has been quoted in over 100 books and publications, including Marketing Computers, Entrepreneur Magazine, CNN, Internet World, Computer Reseller News, VAR Business, ABC, CBS, Business Week, Software Success, Channel Advocate, Tom Siebel’s “CyberRules,” “In Search of Stupidity,” and wrote the forward and contributed content for, “The Product Marketing Manager’s Handbook for Software.” He has been on the board of advisers for CompTIA’s SofwareCEO, and numerous software companies.

Ted Finch is considered one of the top channel professionals in the entire high-tech industry–having defined, recruited and enabled some of the world’s most success channel programs.

During the last 40 years (since 1978), Ted Finch has held the following positions: